The Feingold and Failsafe Diet are two distinct types of elimination diets which are low in Phenols and Salicylates - chemical compounds found in specific foods which can be hard to break down resulting in a variety of behavioral, emotional, and physical symptoms. Some kids do great on the Feingold Diet while others need a more comprehensive and fine-tuned diet like Failsafe.

The Failsafe Diet trumps over the Feingold Diet since it completely eliminates all foods containing medium or high levels of salicylates, not just 80% of them. In addition, Failsafe removes foods high in amines and glutamate which have commonly found to be problematic in kids who have salicylate issues.

To find out if either type of diet might be helpful for your child, take the symptom questionnaire. Based on the types of symptoms and their severity, one of these diets could be LIFE CHANGING for you and your child!

Download the Symptom Questionnaire (PDF) by filling out your name and email on the green form below: 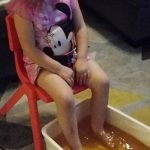 "I don't know if you are sent by God...but wow. Annika, my daughter has been battling severe chronic constipation for the last 8 months. After doing the IonCleanse Footbath you recommended, she ate lunch and it (BM) finally happened without any help!  We are happy happy happy. Christmas came early for me. I'm so thankful to God that our paths have crossed. AMAZING!!!! " ~Laurine B. in Pembroke Pines, FL

Our Most Valuable Resource on Health Journey

"Annika, I'm always amazed by and greatly appreciate how many resources you provide. You've definitely been our most valuable resource on our health journey! THANK YOU, THANK YOU!!  This is an IMMENSE help. We're building up a reliable arsenal of products that we know we can trust and it's largely due to you." ~S.D. and daughter Vivi in Pembroke Pines, FL

"Annika, I've been following your suggestions (including low salicylates and GAPS Diet) and my 8 year old daughter is now doing amazing! No throat clearing, no tantrums or anxiety, very calm and very happy.... and no more pee accidents. Her temperament is very improved. Her personality: now happy and positive is just remarkable for us. She's not complaining of tummy aches.... and her breath doesn't smell like fermented fruit." ~ 8 year daughter in Pompano Beach, FL

"The most miraculous thing about implementing Annika's suggestions was that Lily finally began to EAT. She was ravenous. She was eating everything in site, things she would have never even considered eating before. It was amazing!" ~ Lauren H. & Daughters Lily and Chloe in Miami, FL

“After a year straight of my 2 1/2 year old Jacob growing without gaining weight (stayed at 23 pounds from age 1 to 2.5!) and being sick and in the hospital a lot and on antibiotics probably a dozen times, we’ve implemented Annika's suggestions, and just in A FEW months, he hasn’t been sick, he’s been strong, he’s been TALKING... he never talked before. He went from 23 pounds to 32 pounds. And its all because of the change in his nutrition and what you have done for us!”. ~ Candice and Son Jacob in Miami, FL 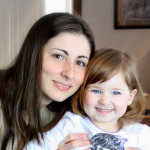 "Ariana is sleeping SO MUCH better. We've been using Annika's recommendations for a month now and it has totally turned our lives around! Thank you!" ~ Jennifer B. & Daughter Ariana in Miami, FL

Not Getting Sick and Hospitalized Again this Flu Season!

"Hi Annika, I wanted to let you know that your advice absolutely saved me this weekend. I was starting to get sick and it was looking like the beginning of a possible disaster, and I followed the protocol that you recommended.... It was so amazing that it actually stopped me from getting sick!!! That is a really big deal. Thanks so much." ~ Ali S. in Miami 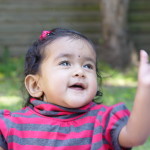 "Words aren't enough to express how we feel to see our daughter getting better with her eczema. After implementing Annika's suggestion to follow the GAPS diet, we saw unbelievable results on the second week, my daughter's terrible eczema reduced by 90% and now we can see her hand and elbows which were previously covered with red rashes and were bleeding. She slept the whole night (first time after 3 weeks!) without scratching, was really wonderful (for both of us) to get full night's sleep." ~ Swarna P. & Daughter Shruthi in Sydney NSW 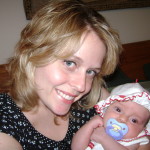 "My 3 year old no longer cries uncontrollably when she has a BM, and there is no difficulty in passing it, which is such a relief! I am so grateful to the guidance you've given me!" ~ Faith M. & Daughter Shalleigh in Apple Creek, OH

"Spencer has been doing really well on the homemade infant formula Annika recommended. In 2 months, he went from NOT on the charts at all, to being 75% at 7 months old! He is a completely NEW BABY." ~ Kathryn B. and Baby Spencer in FL 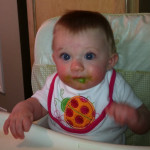 "Annika, with your support and recommendations, our 7 month old is now sleeping flat in her crib without COLIC and breathing problems! Her demeanor is completely different. In a word: AMAZING. With all of the doctor's visits because of her neutropenia and digestive issues and added colic, it has been a stressful few months. I've been dreaming of sending this email to you... we are close to 100% success thanks to your help." ~ Angie C. & Daughter Callie in Grand Rapids, MI 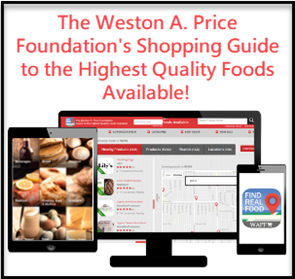 END_OF_DOCUMENT_TOKEN_TO_BE_REPLACED

When buying eggs to feed your... END_OF_DOCUMENT_TOKEN_TO_BE_REPLACED